The Role of the Medical Malpractice Tribunal 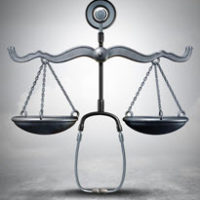 Sustaining an injury as a result of an action (or omission) by a medical professional is a painful experience, and not just from a physical point of view. The financial costs of recovery can be catastrophic for those who are just trying to make ends meet. And, even more painful is the fact that the patient’s trust in his/her medical professional has been shaken to the core, and, in many cases, permanently. Retaining the services of an experienced medical malpractice attorney can be crucial to not only recovering some compensation for the costs to recover from the physical nature of the injury, but also to achieve some degree of closure in an otherwise traumatic experience. However, the Massachusetts Legislature has established a procedure by which medical malpractice claims must proceed through a medical malpractice tribunal before proceeding to the standard legal dispute procedure. Recently, a woman’s estate was awarded nearly $7 million in a medical malpractice matter after using a risky technique to correct a hiatal hernia, which, unfortunately, caused the patient to suffer complications and die. The issue presented to the tribunal concerned the proximate cause of the patient’s death, and, specifically, whether the medical professional caused the death by his use of the risky procedure. A discussion of medical malpractice tribunals, as well as its role in medical malpractice matters, will follow below.

Ostensibly in an effort to reduce the amount of litigation involving medical malpractice, including frivolous litigation, the Massachusetts Legislature established the medical malpractice tribunal. Pursuant to the law, every action for medical malpractice, must be heard by a tribunal consisting of a judge, a Massachusetts-licensed physician, and a Massachusetts-licensed attorney. At the hearing, the plaintiff (injured party) presents his/her proof of the negligence caused by the medical professional, as well as the damages caused by the negligence. The tribunal will review the proof, and determine whether there is a legitimate issue of medical malpractice, allowing the matter to proceed to the trial process, or whether the proof is merely an unfortunate medical result. If the tribunal finds that the plaintiff has not provided enough substantial evidence of liability, the lawsuit may still proceed, but only if the plaintiff files a $6,000 bond, within 30 days, with the clerk of the court to cover the medical professional’s legal fees and court costs, in the event the malpractice case is not successful.

The Role of the Tribunal